Ellis Island of the West:  A story from yesterday offers perspective on the troubles of today.

JOE CHAN WANTS to meet you. He has a story to tell.  Joe’s parents both entered the United States at Angel Island before he was born, and Joe grew up hearing their stories. He has since become an expert in the history of the Angel Island Immigration Station, and he volunteers as a docent, sharing the story of his family — and that of hundreds of thousands of other families — with visitors from around the world.

Immersed in the Diverse Culture of Vietnam

Story and Photos by Lee Daley

Traveling from Hanoi to Saigon during the month of December, a time of warm and balmy weather, I felt completely immersed in the diverse culture of Vietnam. My travel companion and I used Hanoi and Saigon as bases, fanning out into the countryside for side trips. This juxtaposition of city and country vastly enriched our cultural immersion. No sooner had our spirits overdosed on a city’s vibrant and vivacious street life, than the laconic landscape of the countryside provided a calming counterpoint.

Story and photos by John Sundsmo 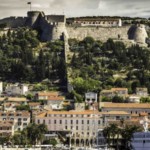 On a recent Katarina Line cruise of Croatian discovery, we learned that wine makers in the Dalmatian Islands have left an indelible mark on the fine wines produced in California, Australia, New Zealand and Chile. Remarkably, throughout wars, conquest and droughts, the islands of the Adriatic Sea, (East of Italy and South of the Alps), have produced fine wines for 2,500 years. Galleys and sailing ships transported that wine up and down the Mediterranean throughout Greek (500BC) and Roman times well into the 14th century. Greek writer Athenaeus wrote 18 centuries ago about the high quality of Croatian wine especially those coming from the islands of Hvar and Korčula.

Hvar Island, Jewel of the Adriatic

Story and photos by Stephanie Levin.

If you’re traveling to Croatia, and have only time for one island, set sail to Hvar Island. The longest of the 1185 Croatian islands dotting the Adriatic Sea, Hvar Island is a feast for the senses. Vineyards abut ancient olive groves; scented pines and lavender blanket fertile hillsides; and fabled towns stake out history on limestone cliffs. Stone houses studded into the limestone hillsides, connected by small bridges that date back centuries, grace the entire island. No matter where you park yourself on the island, you’ll be enchanted by the cobalt-colored Adriatic Sea kissed by hours of sunshine. To fully appreciate the island give yourself what we have precious little of these days…time. ( https://www.travelexaminer.net/hvar-island-jewel-of-the-adriatic ) 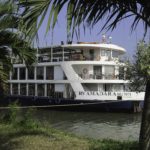 On a Mekong River cruise, we meandered along Asia’s “Mother River,” from Vietnam into Cambodia in late March aboard the AmaDara, visiting floating markets and riverside villages where houses rise on stilts. We moored overnight in Phnom Penh, Cambodia’s capital city once considered the “Pearl of the Orient.” Along the way we passed fishing boats of every stripe, fruit orchards and fish farms, pagodas and rice paddies–all sustained by the ebb and flow and unparalleled biodiversity of Southeast Asia’s longest river. Even as we ventured forth to visit a glorious gilded palace, historic Buddhist monastery, and small craft workshops producing silk, copper, candy or woven rattan mats, we relished the return to the air-conditioned comfort of our beautiful AmaDara, greeted with a chilled hand towel and a cold drink. AmaWaterways’ new ship–its woodwork gleaming and staterooms spacious–was launched in mid-2015 to cocoon its 124 passengers in comfort on a  seasonal 7-Night Mekong River cruise between Ho Chi Minh City (Saigon) and Siem Reap (gateway to Angkor Wat), on journeys billed as “Vietnam, Cambodia and the Riches of the Mekong.”  Rich it was. ( https://www.travelexaminer.net/a-mekong-river-cruise-aboard-rv-amadara )

When Rivers Are Granted Legal Status as Persons 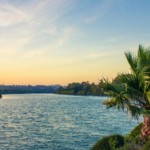 Members of New Zealand’s indigenous Maori tribes have always regarded themselves as part of the universe—at one with and equal to the mountains, rivers, and seas. On March 15, 2017, after 140 years of negotiation, they helped a long-revered river, the Whanganui, gain “legal status as a person.” This means that polluting or damaging the river—New Zealand’s third longest—is now legally equivalent to harming a human. ( https://www.sierraclub.org/sierra/green-life/when-rivers-are-granted-legal-status-persons ) 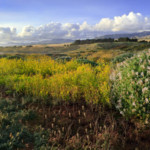 Thinking about hitting the road with the top down? But wait. The stretch of Highway 1 north of Ragged Point is closed until September 2018. Is there a scenic detour? You bet! So don’t cancel your plans to make the classic road trip from northern to southern California. Just do it in sections. Head south on Highway 101 to Paso Robles, turning west onto Highway 46. Soak up the passing views of hilltop winery estates, rows of dewy-green vineyards, and arrive at the Pacific in time for dinner. Planning will be a breeze if you follow this guide. This weekend imagine yourself eye-to-eye with the pounding surf. ( http://www.celebrationtraveler.com/2017/scenic-drive-california-central-coast )

Ernest Hemingway called Paris a “movable feast,” and I have always agreed with him. On my last night in Paris, I decided to have my own movable feast—a progressive supper, with each course in a different restaurant. I wanted the restaurants to be within walking distance from one another, the last one near my hotel in the 6th arrondissement. I was feeling a bit lonely and disappointed that I hadn’t fallen in love with anyone this trip. I had already told my friends back home that this time I would meet that “special someone” while in Paris. Now, here I was, my last night in town, and still alone. ( https://www.travelexaminer.net/paris-progressive-supper-moveable-feast)

Conservation Lessons from a Still-Wild River 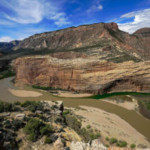 I recently rafted a river that wouldn’t exist if not for a crucial conservation win back in the 1950s. The Yampa is the last major free-flowing river in the seven-state Colorado River Basin. It’s still wild because conservationists fought tooth and nail against its damming. Drifting along the river, gazing up at sheer canyon walls, I wondered: Could that old fight shed any light on today’s battles? ( https://thehumanist.com/magazine/september-october-2017/up-front/conservation-lessons-still-wild-river-known-spread-word-get-creative)

Names for Groups of Animals

Here are some collective nouns for animal groups, each illustrated with a photograph. Some are odd. Some are familiar. And some are funny. The oldest date back to hunting terms. How many more do you know? (http://berkeleyandbeyond.com/Way-Beyond/Miscellaneous/Animal-Group-Names/animal-group-names.html )

A Garden-Loving Traveler’s Guide to Portland 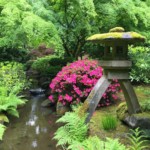 The landscape artists of Portland have crafted prize-winning gardens that glow with color and style even under the often overcast, damp and drizzle endemic to the “City of Roses.” (http://www.pressdemocrat.com/lifestyle/5900539-181/a-garden-lovers-guide-to?artslide=3 )