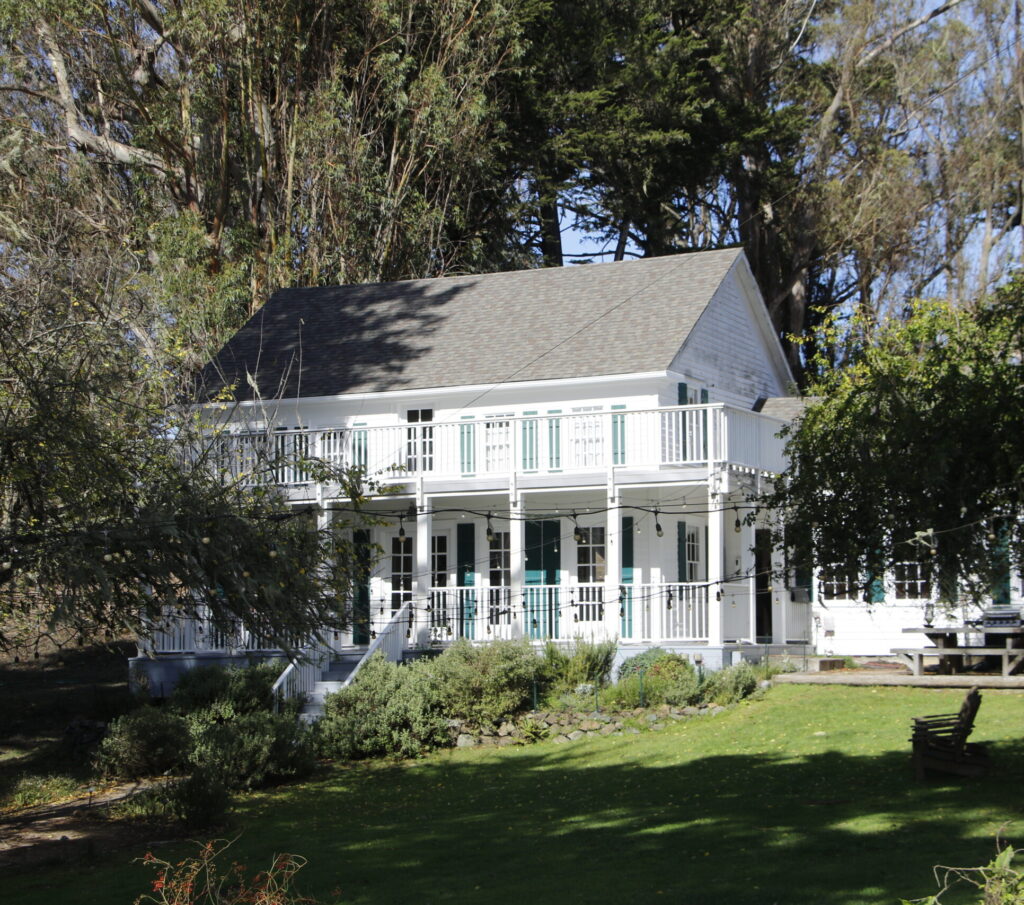 Marin and Sonoma counties offer too many artisan goodies for Bay Area locals to enjoy in a single sitting, but the BATW did their best to put a dent in the cornucopia of sumptuous cheese and mead on October 25—the day after an atmospheric river dumped nine months of torrential rain on the environs within 24 hours. 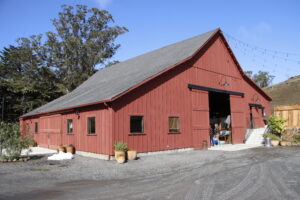 The new day glowed bright at the Straus Home Ranch in Marshall, California. The Ranch now operates as a vacation rental and a venue for retreats, seminars, and special events. Heifers still ramble over the pastures encircling the homestead and the renovated barn adds an ambiance of a more relaxed pace of life.

Siblings Vivien and Michael Straus hosted the cheese tasting in their well-appointed, high-ceilinged barn, the original 160-year-old structure now updated and refined. Leading the tasting was Cowgirl Creamery’s co-founder Sue Conley, a trailblazer in the artisan cheese movement in the United States. Conley enthused about the magic, art, and craft of making cheeses. (Insider tip: don’t try making mozzarella at home; the pH must be so exact that otherwise you’ll have a mess on your hands…literally.) 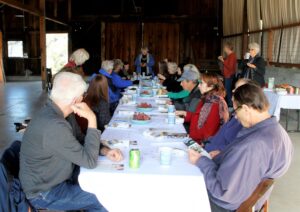 BATW tasted five fine cheeses per a clock plate map: Foggy Mountain (Nicasio Cheese Company), a pressed cheese made with vegetarian rennet at the noon o’clock. Then came the triple-cream Mt. Tam, a fan favorite made from certified organic Holstein Milk from Tresch Family Farms by Cowgirl Creamery at three o’clock. At six o’clock was a goat brie from Laura Chanelle and sister company Marin French Cheese Co. near Point Reyes Station. At eight o’clock we enjoyed the Teleeka, a three-milk (goat/cow/sheep) cheese made on the family farm of Tamara Hicks and David Jabons (store in Tomales by appointment). Finally at ten o’clock, the tasting finished with Estero Gold, a delectable fontina style from Valley Ford. The cheeses were accompanied by olive oil and sel gris flatbread bites from Marin’s beloved Rustic Bakery. 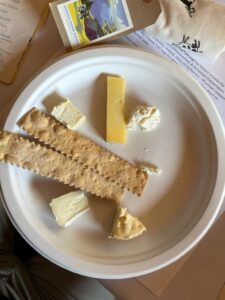 The Cheese Trail was established in 2010 in Marin and Sonoma counties but now has a presence throughout all of California; it includes over 50 cheesemakers in the Central Coast, Central Valley, Gold Country and Southern California. It’s classified as a nonprofit project of Vivien Straus in league with the Marin Economic Forum. They produce a great map of the state’s offerings at CheeseTrail.org.

According to Vivien Straus, the Cheese Trail plans to offer a holiday collection of cheeses and chocolate truffles in November and a subsequent Valentine’s Day collection in February.

Adding to the delight of the cheeses was a pairing with sparkling mead produced by Heidrun Meadery (pronounced hi-drun) using the traditional French méthode champenoise. No sulfites or preservatives are added to any of their meads.

Heidrun launched in Pt. Reyes Station ten years ago. They opened a festive tasting room complete with beeswax candles, honey, and, of course, nine meads that range from floral to prickly to savory.

“Mead is the oldest alcoholic drink used by humans,” said Michael Zilber, Managing Director of the meadery. “Here we use monofloral honeys, remove the sugars, then add water to create the champagne.” Heidrun’s meads are dry at 12.5% alcohol. Zilber served California Buckwheat blossom with the first cheeses, followed by Hawaiian Macadamia Nut Blossom mead and a slightly bitter Oregon Chicory Blossom mead. All three meads tasted so different, with their flavors evolving from the location where the bees gathered pollen, providing a fascinating finale to an enlightening and opulent day.