BATW is pleased to announce three new members. We look forward to seeing them at our future events. 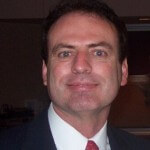 David Andre, Vice President of Marketing & Communications for the Santa Clara Convention and Visitors Bureau, is responsible for managing the CVB’s websites, social media and public relations. Prior to his current position, David worked as Travel Sales Manager for the San Jose Convention and Visitors Bureau. He has a B.A. degree in Journalism from San Jose State University. 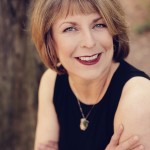 Julia Kendrick Conway is principal of Assaggiare Mendocino, a Northern California firm that offers food, wine and marketing consulting services, event planning and catering, and cooking classes throughout the California wine country. She holds a BSBA Marketing from San Jose State University and has studied both at the Culinary Institute of America in Napa Valley, and in Tuscany. As a leader and member of Slow Food USA, she is a strong advocate of traditional and local food production. She also is a principal in Stella Cadente Olive Oil Company, a local producer of Northern California artisan olive oils. Contact: jackendrick@earthlink.net; www.assaggiare.com 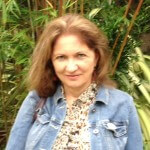 Currently a freelance journalist and Travel Editor at the Los Altos Town Crier, Eren Goknar was born in Ankara, Turkey but raised in Bloomfield Hills, Michigan. She attended J-school at Boston University during the Watergate years, during which she developed a passion for getting the story and delivering it well. A study-abroad year in Paris planted the seeds of love for all things French.

From Boston, she moved to San Francisco and edited two community newspapers, the Foster City Progress and Redwood City Almanac, before becoming assistant public relations manager for US Leasing International.

She later launched her freelance writing career, and after moving to Los Altos in 1995, freelanced for the Los Altos Town Crier. In 2011, she launched the award-winning Town Traveler pages, including a monthly column titled “What’s in Your Suitcase.”