Test Your Knowledge in Travel Quiz

Test Your Knowledge in Travel Quiz 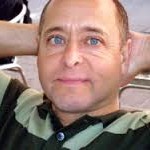 #1: What is the estimated amount of dollars collected by airlines, worldwide for ancillary fees in 2016?  These ancillary fees don’t include ticket prices but are charged for things such as: food & beverage, alcohol, baggage, entertainment, preferred seating, upgrades, legroom, breathing, etc.

A) Carnival’s Oasis of the Seas

#3: Places on earth along the equator are generally hot. Yet this city, very near the equator has an average temperature of 57 degrees F.  Pretty cool considering. What is the name of this city?

#4: Which is the oldest state capital city in the Unites States?

A) On an island off the coast of Sweden

B) Under a student desk in Wurzburg, Germany

D) Excavated from a construction site in Jaffa, Israel

E) In the stomach of a mummified polar bear, near Churchill, Manitoba, Canada

#6:  The city of Cannes, along the beautiful French Riviera is known for its world famous film festival. In its first year, how many films were shown at Cannes?

#7: The legendary Pony Express had a short but glamorized role in the growth of America. Operating for only 19 months in 1860 and 1861, it employed over 120 riders in the long, mad dash delivering mail between St. Joseph, Missouri and Sacramento, California.  Question: In those 19 months, how many ponies were employed in the operation?

#8: According to Transparency International’s 2015 report, which are the five least corrupt nations in the world? Name them.

#9: Where are these airports with the text-amusing Airport codes?

# 10:  What Large Italian Mountain range is named after an actual human being?

A) A town on the southeastern tip of Long Island, NY

B) A West African trade wind

#12: Okay sports fans, how many US States have NFL football franchises?

#13: What is the world’s lowest lying capital city?

#14:  Who are the actual ancient Kings, represented in a typical deck of playing cards? Name the actual King and his card.

#15: One important, well-known region on earth was named for a book. Can you name it?

#16: The lovely town of Beaune in the Burgundy region of France has a non-Gallic name. What is its origin?

#17: Where is the Denmark Straight?

#18:  What’s in a name? Place names are very important, particularly for some wine regions around the world. The Joint Declaration to Protect Wine Place Names & Origin signed in Napa Valley on July 26, 2005, guarantees proprietary, exclusive use of the names of famous wine regions. Which of these United States well-known wine regions is not a signatory of the Declaration?

#19:  True or False: Kansas City, Missouri ranks second in the world to Rome in its number of public water fountains.

#20:  I love travel quotes. Who said, “Boy, those French, they have a different word for everything!”

Send your answers (and say hello to Bob) at eckerbob@mindspring.com