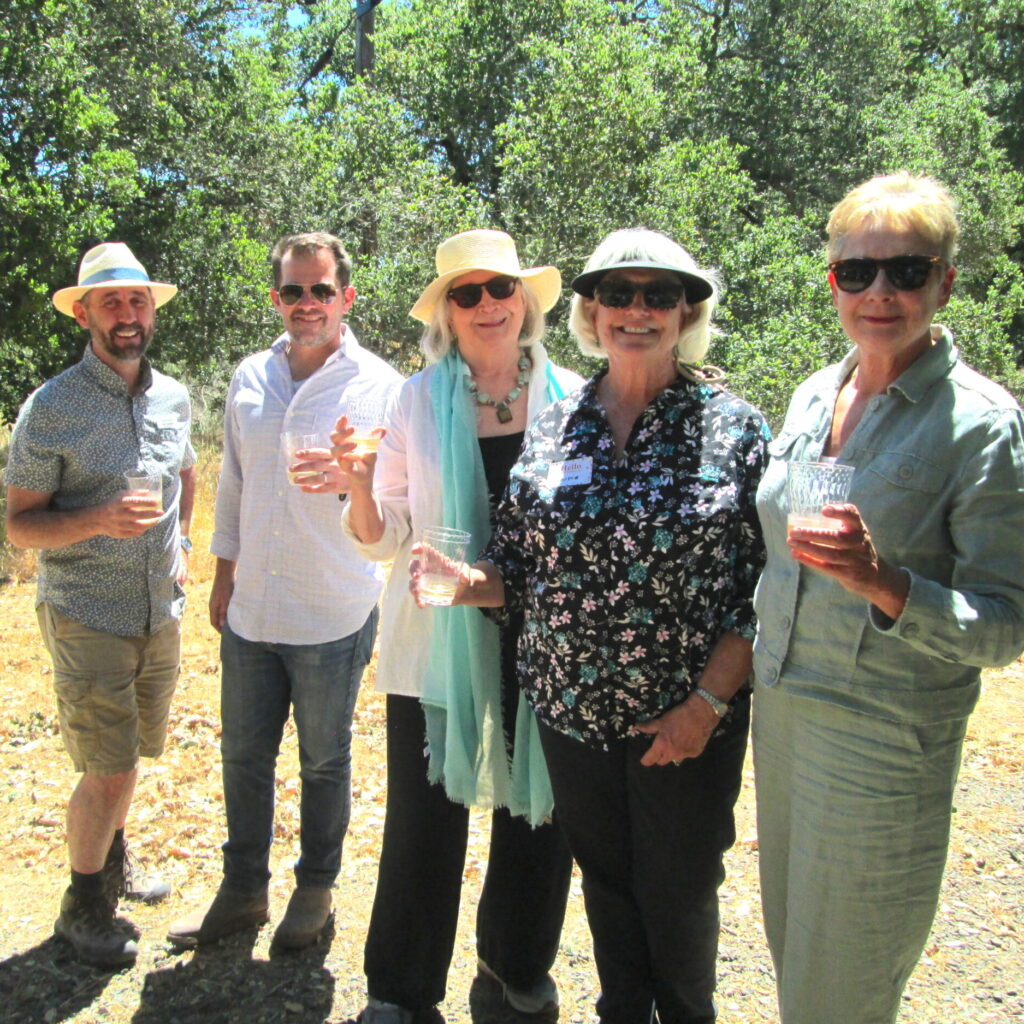 It was our first live in-person meeting in more than 16 months, and we marked it in style: more than 50 BATW members and guests congregated at beautiful Jack London State Historic Park in Glen Ellen to hug, laugh and share a lunch and several wine toasts before spending a perfect June afternoon hiking and joining docent-led tours.

The outstanding event was organized by our own Laurie Armstrong Gossy, who represents the park, with box lunches for all provided through Tim Zahner and Jennifer Sweeney of Sonoma Valley Visitors Bureau. Jack London State Historic Park provided wine from Kenwood Vineyards for our toasts. We ended the formal part of the meeting with a reading by Laurie McAndish King from her latest book, “An Elephant Ate My Arm;” a shout out to the many other BATW members there who also recently published books; a report on the success of the new BATW magazine (@medium.com) from David Laws; and a round of thanks and applause for the many members who have contributed so much to BATW during COVID.

Matt Leffert, executive director of the 1,400 acre park, welcomed us and gave us a thumbnail introduction to Jack London – also a travel writer, the most popular and well-paid author of his time who spent his final years in Glen Ellen writing and promoting sustainable and innovative agriculture.

Farming was an unexpected venture for London, who is most famous for his rugged tales of the Alaskan gold fields and other adventures, such as “Call of the WiId” – the 1903 novel that made his career. Born poor and illegitimate in 1876, he grew up on the gritty docks of Oakland before setting out on the world-wide adventures that would fill his wildly popular books and articles.

He bought the land in Glen Ellen that makes up the historic park first as a refuge from city life, his travels, and a fraying marriage. But as he put together acreage from several failed farmsteads, he began to realize the land had failed as well – worn out and overworked through the poor farming methods of the time. London and his second wife and life partner, Charmain, began applying some of the sustainable agricultural practices he had seen in his travels to older countries such as Japan and Korea, including terraced hillsides and natural manure fertilizer. He built barns and outbuildings using innovative techniques, such as a system for collecting and spreading nutrient-rich manure, and invested deeply in livestock breeds and plantings that would thrive in the Sonoma climate.

In fact, Jack London poured most of his substantial income into the land over only five years – the time he lived there right before his death from kidney failure at the age of 40 in 1916, putting his imprint on the acreage.

Docent led tours took us to historic structures and projects: Our small group was led by exceptional docent (and author) Bo Kearns who filled in many details of Jack’s life and times, taking us to the cottage where Jack and Charmain lived and Jack died, and to tour outbuildings such as the innovative hog barn dubbed the “Pig Palace” for its costly construction in which one person could easily feed and water 200 pigs.  Others toured the ruins of Wolf House – the extravagant residence that was destroyed by fire the day before Jack and Charmain were due to move in; the museum; and more. Twenty-nine miles of trails beckoned, ranked from easy to strenuous, and horseback tours are also available to see the land as Jack did.

JLSHP is about an hour north of the Bay Area, at 2400 London Ranch Road in Glen Ellen.

It’s open daily from 9 am to 5 pm, closed only Christmas Day. Excellent docent led tours are offered free to the public most weekends, and its many well-maintained paths and available golf cart service make it accessible. For more information visit: jacklondonpark.com.