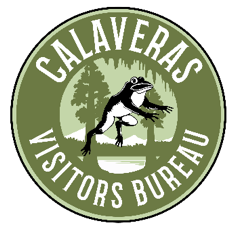 (Calaveras County, CA) — After two years of well-below-average snow because of drought conditions, Bear Valley Resort is kicking off 2022 with record-shattering December snowfall that is providing plenty of opportunities for winter sports lovers of every stripe.

The resort, up the road along Calaveras County’s Highway 4 corridor, received 162 inches of snow during December, according to a Bear Valley spokesman, more than double the historical average and more than five times the 30 inches for the same month in 2020. The above-average seasonal snowfall from winter storms in December has made it possible for Bear Valley to operate a majority of its 75 trails and 10 lifts on 1,680 acres of ski-able area, including a wide range of terrain to attract all skill levels.

“Considering where the snow levels were at this time last year, we’re thrilled to be able to give our guests not just a lot of snow, but record-breaking levels for December that skiers will be able to enjoy for weeks to come,” according to Martin Huberty, Executive Director of the Calaveras Visitors Bureau.

The fresh snow also is a boon to other winter options in and around Calaveras County, including snow walks among the giant sequoias at Big Trees State Park, DIY sledding in Stanislaus National Forest and snowshoeing the Arnold Rim Trail. (Park permits, information and equipment are available at the Sierra Nevada Adventure Company or Ebbetts Pass Sporting Goods, both in the town of Arnold) More options for cross country, snowshoeing and other activities can be found to the north at SNO-Park areas in Lake Alpine, Spicer and Round Valley (permits required and can be purchased at Bear Valley Adventure Company).

Nearby, Bear Valley Cross Country offers access to an extensive trail system with more than 40 miles of groomed paths criss-crossing some 3,000 acres of diverse terrain, as well as spaces for sledding, tubing and fat-tire snow bikes.

Bear Valley was originally scouted in the 1850s by business owners in Murphys, Angels Camp and Stockton looking for another route over the Sierra, although it was originally known as Grizzly Bear Valley. The area went through a number of owners and development plans during the 20th century before a full resort complex opened in 1967 as Mt. Reba Ski Bowl. The resort, which has been ranked by travel magazines for its total length of groomed trails, has a reputation these days as a laid-back, less crowded alternative to Tahoe-area resorts with a wide variety of terrain and plenty of summertime diversions, from rock-wall climbing walls to bungee trampoline.

Shopping and lodging can be found at Bear Valley Village, as well as in the largest nearby towns of Arnold and Murphys, both of which are on Highway 4, which is designated as a National Scenic Byway.

Fun fact: The daughter of an 1860s homesteader named Harvey Blood, Reba, was well known around Bear Valley for baking pies and bringing them to road workers in the area. It is for her that Mt. Reba was named.