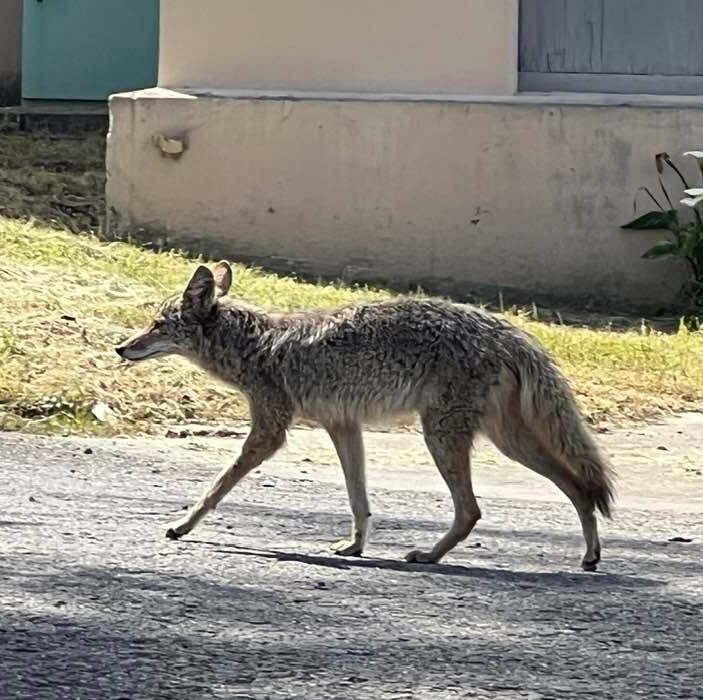 A dream-like clear April day set the tone for a luxurious Angel Island tour for BATW members. Many attendees had not visited Angel Island for years; it’s our backyard, after all, so why bother when there’s Madagascar, Uzbekistan, or Tanzania to visit? But the pandemic kindled a bit of nostalgia for our own outdoors, and the promise of a complimentary Tiburon ferry ride and lunch hosted by the Angel Island Conservancy generated a capacity BATW crowd.

Maggie McDonogh, United States Coast Guard Certified Captain of the Angel Island – Tiburon Ferry, has been at it for nearly two decades. On the voyage to the Island, she regaled BATWs with story after story.

“We opened in June 2021 with limited service,” said Captain Maggie, “which gave people an opportunity to get out in nature again.” The ferryboat has a 400-person capacity, but they initially opted for 25%, with 100 people per trip. This May, they’ll be back at full capacity.

Captain Maggie’s history lesson: Al Capone sailed through Tiburon twice. The first time, he brought his sailboat into Belvedere Cove during Prohibition. The sheriff’s phone started ringing “off the hook” because Capone’s boat was anchored in the Cove. Affluent Belvederans protested.

“So, the sheriff stripped down to his underwear because he could not go to Al Capone’s boat dressed as law enforcement. He rode out. Sidling up to Capone’s sailboat, he requested calmly, ‘Sir, the citizens of Belvedere do not endorse your type of business. However, the citizens of Tiburon, those at Sam’s Anchor Bar in particular, do support your type of business. I would consider it a great personal favor if you would move your boat about 45 feet to the East.’ Capone moved his boat, and the Sheriff’s phone stopped ringing.

“The second time he sailed through, Capone was on his way to Alcatraz in a closed-off railroad car surrounded by armed police. My father witnessed this voyage,” said the Captain.

During our full-fledged luncheon (including a delightful prosecco), BATW members were addressed by the feast’s sponsor, the Angel Island Conservancy (AIC) Board.

“One of our missions as a nonprofit organization is to sponsor K-to-12 kids visiting Angel Island,” explained Maxwell Haning, President of the AIC. The Conservancy aims to raise funds to provide trips to the Island for children at schools that don’t have large budgets. “These students usually don’t have the opportunity to experience nature to the fullest,” Max added.

Other highlights of the AIC’s programming include Oktoberfest, which will take place on Saturday, September 24, with drinks and music in the open space by the docks. The year ends with the Angel Lights fundraiser, in which participants dedicate a light to a child, a student, or a cause.  In Max’s words, “a single light for all the donations and intentions, to build community.”

One exciting AIC innovation this year is the Angel Island app, which provides a guide to flora and fauna, as well as historical sites. (Note: It’s best to download the app before one’s trip because of the spotty internet on the Island.)

After lunch, BATW attendees were treated to a guided tram tour of the Island, which boasted impressive views at the Review Field facing the Golden Gate and San Francisco. Groups such as Boy Scouts and school classes often camp there overnight.

During the tour, we were told that two coyotes have recently crossed the Racoon Straights and taken up residence on the Island. As our tram stopped near the previously manned fog bell mounted at Point Knox on the southwest corner of the island, as if on cue, a coyote scrambled up the from the beach, nodded to us, and trotted up the hill.

BATW Tip: Economy parking ($5) is in Parking Lot A.

Video with complete offerings of the AIC