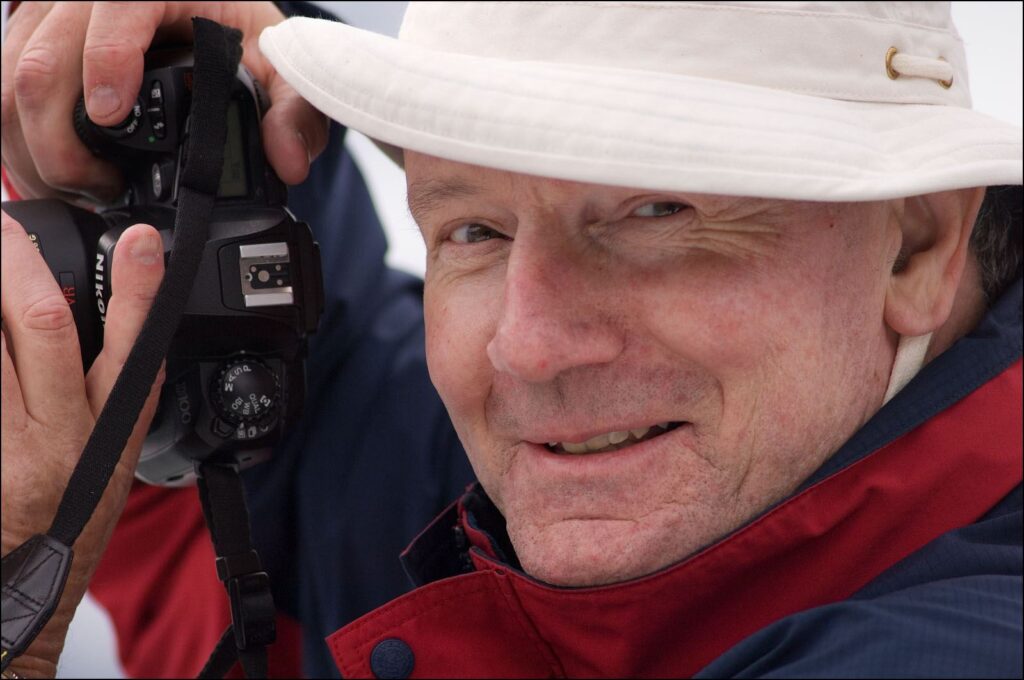 Six prize-winning photographs were honored during the inaugural Lee Foster Travel Photography Awards on Nov. 3 during a hybrid event held both on Zoom and at the new Moxy Hotel in Oakland’s Uptown District.

Honoring the late Lee Foster — a prolific writer and travel photographer who was beloved for sharing his craft with others — the awards will be given every other year to recognize the best in Bay Area travel photography.

Selected from more than 100 entries, this year’s first-place winner is Effin Older, whose photograph “Beach Beauty” was taken in Ruakaka, New Zealand. Second place went to April Orcutt for “Hope: Nelson Mandela and Girl” which shows a little girl smiling up at a 20-foot-tall bronze sculpture of Nelson Mandela in Johannesburg, South Africa. Third place was given to Michael Bernhardt for “Arches,” taken in Arches National Park, Utah.

Honorable mentions went to Bill Fink for his image of Torngat Fjord on the Labrador Peninsula in Newfoundland, Laurie McAndish King for “Fisherman,” which was taken during a photography workshop with Catherine Karnow in Italy, and Diane Lebow for “Funeral Ceremony,” taken in the Tana Toraja Regency within Sulawesi.

The event kicked off with presentations by two of the competition’s judges, Morton Beebe and Karnow, who discussed some of their best images through the years. The judging panel also included Timothy Archibald, Sabine K. Bergmann, and Bob Holmes.

Beebe discussed his best-selling image “City by the Bay Fog,” which reveals the Golden Gate Bridge and The City’s tallest buildings peeking above the fog at sunrise. Managed through Corbis, the photograph has been purchased more than 70 times. Beebe also showed images he took of Sir Edmond Hillary as he prepared to trek to the South Pole in 1957.

Karnow discussed how she captured three photos, including a traditional fishing boat in Ha Long Bay, her favorite pho restaurant in Hanoi, and an image of identical twin brothers who work as Lenin impersonators.

After the awards presentation, a sizable crew walked to Jamaican restaurant Kingston 11 to close out the evening.