How I came to write a play about Florence Gould 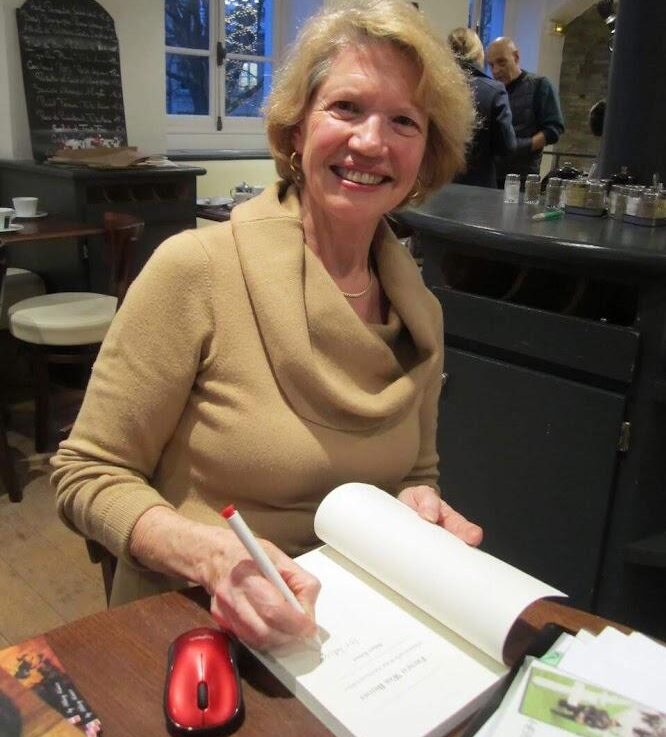 Although originally from San Francisco, I have lived in France for many years. An active member of the American Library in Paris, I’d heard of the Florence Gould Foundation, which has long supported the Library as well as other French-American organizations. But it was only after reading in French Le Déjeuner des Barricades by journalist Pauline Dreyfus for a book club meeting at the Library a few years ago that I began to wonder about the infamous Florence Gould.

I very much enjoyed Dreyfus’s book, a satire about a luncheon at the Hotel Meurice in May 1968, during the student and workers’ “revolution”, that was organized by Florence to discern the Roger Nimier Prize to a promising young author, who, that year, was no other than Patrick Mondiano, who later won the Nobel prize for literature. In the book, Florence appears as an eccentric alcoholic who hosts the annual prize but who hardly takes the time to read the books nominated or to find about their authors!

Ms Dreyfus, who came to came to speak to a small group of us at the Library, mentioned that a new, controversial biography about Florence called A Dangerous Woman was going to be published and to watch for it. So, when the Library announced sometime later that the author of this book, Susan Ronald, was giving a talk at the Library, I immediately signed up. Much to my surprise, about a week after it first appeared on the schedule of events, the announcement of the talk discreetly disappeared from the Library’s calendar. My curiosity piqued, I immediately ordered Ms. Ronald’s book from Amazon to find out more about Florence. I also discovered a chapter about her and her literary salons in Alan Riding’s excellent book And the Show Went On.

The information I garnered from these books inspired my play “Champagne, Collecting and Collaboration”. Why this title? Florence loved her champagne, had fantastic art and jewelry collections and collaborated with the Nazis. To tell her story, I imagined two famous San Francisco journalists (broadly based on Herb Caen and on society-columnist Pat Steger ) discovering the secrets about Florence’s past and writing an article about her.

But I want you to listen to the podcast of my play, where you’ll learn more about the “dangerous” Florence Gould, so I’ll stop here!

(To hear the podcast, please go to https://fastfictionpodcasts.com/champagne-collecting-and-collaboration/ )