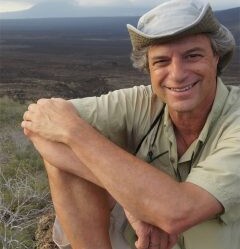 A tribute to the reputation of BATW as a prominent professional organization, a stellar slate of authors, journalists, editors, and broadcasters volunteered to judge the article and photography submissions to our upcoming anthology: Unforgettable!
Jeff Greenwald is founder of Ethical Traveler, a global community supporting human rights and environmental protection, and the author of several bestselling books, including Shopping for Buddhas and The Size of the World. Besides his ongoing, critically acclaimed show, “Strange Travel Suggestions,” he creates educational programs for museums, universities and non-profit organizations. Greenwald is a Member Emeritus of the San Francisco Writers’ Grotto; a faculty member of the Book Passage Travel Writers’ Conference; and host of the Ethical Traveler Podcast.
Catharine Hamm recently retired from the Los Angeles Times, where she served 17 years as travel editor. During her varied media career, Hamm has twice received individual Lowell Thomas Awards, and the Times’ travel section has been recognized seven times during her tenure as editor. She is a past president of SATW.
Nancy Day is a widely published journalist, former Associated Press editor, and professor. She has been Journalism Chair and Associate Professor of Journalism at Columbia College Chicago, and Director of Advanced Journalism Studies at Boston University, and she was a Nieman fellow at Harvard and a Fulbright fellow in Russia.
Don Gibbons was Editor in Chief at Medical World News; and Director of Communications at Stanford University Medical Center. During his long career, he was also Associate Dean for Public Affairs at Harvard Medical School, and Chief Communications Officer for the California Institute for Regenerative Medicine.
Elizabeth Harryman is Travel Editor of Westways, the magazine of the Auto Club of Southern California, which has won five major Lowell Thomas Travel Journalism awards and has a circulation of 4 million and a readership of 8 million. She also coordinates travel coverage for the other six AAA magazines, which reach markets from New England to Hawai’i, for a combined readership of about 12 million.
Paul Lasley produces and hosts two daily radio shows broadcast to 3.5 million listeners in 180 countries on the American Forces Radio Network and on the podcast at OnTravel.com. He’s co-hosted radio shows on KABC and Public Radio station KPCC and for Discovery Channel Radio on XM Satellite; his radio shows have won three major Lowell Thomas Travel Journalism awards. He also writes the TravelSmart column for Westways magazine. Together with his wife, Elizabeth Harryman, he has covered travel for network TV, including NBC’s “Today Show,” and they have produced travel features for national and regional magazines, and a syndicated travel/dining column for major newspapers.
John F. Greenman  is professor and Carolyn McKenzie and Don E. Carter Chair in Journalism emeritus at the University  of Georgia’s Grady College of Journalism and Mass Communication, and the author of Introduction to Travel Journalism: On the Road with Serious Intent. He was editor, publisher, and corporate officer for Knight Ridder, where he helped lead a team that won the Pulitzer Prize. Greenman has reported from 25 countries on five continents.
Sivani Babu is the co-founder, co-CEO, and Creative Director of the travel magazine, Hidden Compass. An award-winning journalist and nature photographer, she has contributed to BBC Travel, CNN, AFAR, Backpacker, Outdoor Photographer, and numerous others. She has been featured in the Best American Travel Writing series and has been exhibited from San Diego to the Sorbonne. A former public defender, she worked on a Supreme Court case involving indigent defendants. She has chased storms through Tornado Alley and the Arctic Circle, and survived a broken neck and concussion while sailing through the Bermuda Triangle. Babu is currently working on her first book, Saving the Night: Shedding Light on the Importance of Darkness.

Karen Benke is the author of Rip the Page! (translated into Chinese, Korean, and Russian) and Write Back Soon: Adventures in Letter Writing, and other titles. A writing guide for 30 years, she directs Creative Writing Adventures, a nonprofit program of CalPoets at The Writers Nest, located in the Mill Valley Lumber Yard. Benke leads her writing workshops in the San Francisco Bay Area and in Florence, Italy, at Numeroventi Design Center. Her latest project is The Snail Mail Museletter Adventure.

Josephine Matyas is a full-time Canadian freelance writer whose work has appeared in publications around the world. She often travels and writes with her husband, writer and musician Craig Jones, and their dog Rigby. Their consumer website, Travels With Rigby, has a focus on RV travel, pet-friendly travel, food and music destinations. Follow Jo Matyas and her adventures at travelswithrigby.com.
Christine Loomis writes and produces photography for USA Today, TravelAge West, Corporate & Incentive Travel, Cruiseable, Onboard Media and numerous other outlets. She is also the author of Colorado Off the Beaten Path, and former Editor-in-Chief of Smart Meetings magazine, and she was on the editorial staff of various publications, including Parents and Family Life.