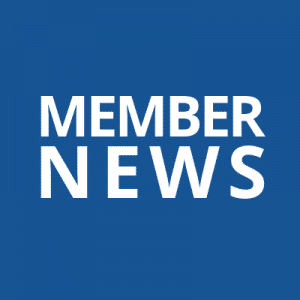 David Laws’s new book Secret Monterey is out. In a collection of 84 vignettes illustrated with over 150 of his photographs, Laws describes unusual, little-known, and under appreciated aspects of the region together with the stories behind the stories of popular destinations, including Big Sur, Monterey Bay Aquarium, and the Pebble Beach Concours d’Elegance.

David Laws will also present an online talk on “The Garden History of the Monterey Peninsula” for the California Garden & Landscape History Society (CGLHS) on Wednesday May 11th. Registration is open to the public at: https://cglhs.org/event-4570191

This will be followed on Saturday May 14th by a guided tour of the adobe gardens of Monterey State Historic Park and the landscape setting of the campus designed by Julia Morgan at Asilomar in Pacific Grove led by State Park historian Annie McCausland. For more information see: https://cglhs.org/event-4765879

Board member M. T. Eley is doing a bit of time travel in a collaborative work with his father, Larry Eley, in Mifflin Drift, published by our friends at Reedy Press. Described by Matthew as “Stands By Me meets Arrested Development,” Mifflin Drift tracks four close friends in their sophomore year at highschool — the same school year Americans watched Gunsmoke, the assassination of JFK and the arrival of the Beatles on their television screens. Of course, there’s some boyhood shenanigans and a love triangle, too. The book also features chapter illustrations by Matthew’s brother, Brendan Patrick Lauth.
Mifflin Drift can be purchased via Reedy Press and will begin shipping May 15th.

Elaine Lee has just been honored by the Los Angeles Press Club, awarding her second prize in the arts feature category for her story for Alta, “Songs for the Dying” about a choir that sings people out. You can read the story here.

Five stories from Laurie McAndish King’s latest book, An Elephant Ate My Arm: More True Stories from a Curious Traveler, won Travelers’ Tales SOLAS awards this year. Laurie is especially proud of the two that earned gold awards, “A Voyeur in Libya” and “The Fat Ladies of Malta.” The book also won a Distinguished Favorite Independent Press Award (IPA) in March. You can find out more at Laurie’s newly updated website, laurieking.com.

Ginger Dingus returned to cruising in April aboard the first cruise ship sailing into Canada for more than two years. She followed up with a relaxing cruise down the California coast. Her article on the Canada trip appears in TravelAge West.

Diane LeBow was the guest speaker for North State Writers (a branch of the California Writers Club) on March 21, 2022. Diane spoke on “Adding Passion to the Page: a trailblazing women’s tales of travel, adventure, and romance,” illustrated with lively selections from her new travel memoir: “Dancing on the Wine-Dark Sea.”

Lina Broydo has published a new article in LaOferta, the #1 bilingual publication in the United States.